Foundation: Community Foundation of the Ozarks 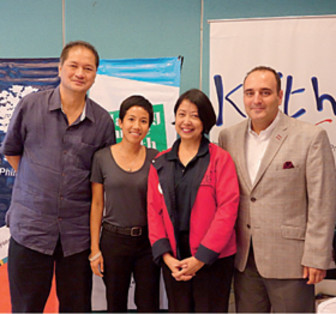 When the West Plains Council on the Arts in Missouri applied for a five-year grant from the National Endowment for the Arts earlier this year, it didn't get the green light from the town of West Plains.

That's not because the arts aren't important to the town, it's because the town doesn't have any arts organizations, the Kansas City Star reports.

But that doesn't mean the arts aren't important to the town, either.

According to a press release, the WPCA applied for a $25,000 grant from the town of West Plains, which has a population of just over 4,000.

The WPCA says it wanted to find out how the town's residents felt about the arts in general and whether any of the town's non-profit arts organizations were getting the funding they needed.

According to the press release, some residents didn't think the arts were important at all, and others didn't even know there were arts organizations in the town.

But the WPCA found out, and started holding monthly roundtables to figure out how to get the word out about the town's arts organizations.

The roundtables are part of the challenge America: Arts Engagement in American Communities funded by the National Endowment for the Arts. Read the Entire Article