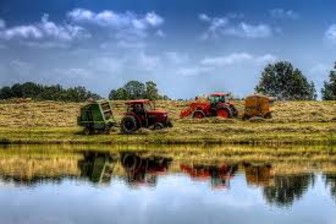 The EEOC found that the Black Hills Area Agency on Aging didn't do enough to stop its executive director from having an affair with a subordinate.

The investigation also found that the agency failed to report the affair to the state's Department of Social Services, the agency's inspector general, or the Equal Employment Opportunity Commission, according to the New York Daily News.

The investigation was prompted by a complaint from a woman who said she had been harassed by the agency's executive director for two years, according to the EEOC's report.

The agency agreed to pay $320,000, plus interest, as part of a settlement. Read the Entire Article

A customized collection of grant news from foundations and the federal government from around the Web.

The American Logistics Aid Network says it's about to make a "true systemic impact" on disaster relief in the US thanks to a grant from the Walmart Foundation, the New York Times reports. "After...more

A rep for the Cape Cod Association of Preserves tells the Cape Cod Times there's been a "dramatic decline" in the number of homes built in the area in recent years. That's in part due to the poor...more

25 Inspiring Nonprofit Leaders Who Will Impact The World In 2023
Foundation: Gates Foundation

If you're looking for someone to throw your hat into the ring for the next round of presidential elections, there's a good chance you'll want to check out this list. The list, compiled by Cause...more

When Cintia Elenstar moved to Florida from Argentina in 2012, she didn't think she'd end up in the top job at UnidosNow, a Sarasota nonprofit that helps Latino students get into college. But...more

Online Conference Addresses the Increased Needs of Nonprofits in 2023

If you're in the nonprofit world, you may want to consider attending a conference in Princeton, NJ, in 2023. That's because the registration fee for the three-day Princeton Community Works (PCW)...more

Project management software is used in nonprofit organizations to manage the entire project from planning, resource allocation, and scheduling to managing different aspects. The software helps...more

If you're a startup founder, it's likely you've seen the numbers: Only 1% of startups become "unicorns" like Uber, Airbnb, Slack, and Docker, and only 18% of first-time founders make it through...more

Theres a reason Forbes calls Indias top 10 NGOs "phenomenally wellfunded," and its all about giving back. The list is based on the countrys Ministry of Corporate Affairs criteria for corporate...more

"No more lives torn apart," "That wars would never start," and "a lifelong wish for a world in need" are just a few of the lyrics to David Foster's "Grown-Up Christmas List," and they're ringing true...more

The nation's first black board chair is stepping down after nine years at the helm of the nonprofit that she helped found, the Boston Globe reports. "I'm thrilled to leave the Board in such...more

Climate Change Report: What it Means for Impact Investing

The United Nations Intergovernmental Panel on Climate Change (IPCC) published the first of three volumes of its fifth Assessment Report (AR5). The findings of the report show that mainstream businesses have become greener, with an emphasis on reducing carbon emissions which are the key sectors for impact investment.


How's Your Community Doing?
Check Out it's
Community Vital Signs